One of the biggest tasks I got to do for Crytek’s first mid-core mobile game, The Collectables, was define both UX and UI for the information-heavy and functionality-heavy meta. The game had collectable cards for your heroes as well as in-game boosters, hero equipment and upgrades. Managing your team of heroes, as well as your playable deck was the strategic design approach for the game.

At this point, the game had grown considerably on its own and was finally detached from its original spin-off idea. A lot of time and work was spent testing out the different tones and overall theming for the game.
These are a very few iterations of the meta: 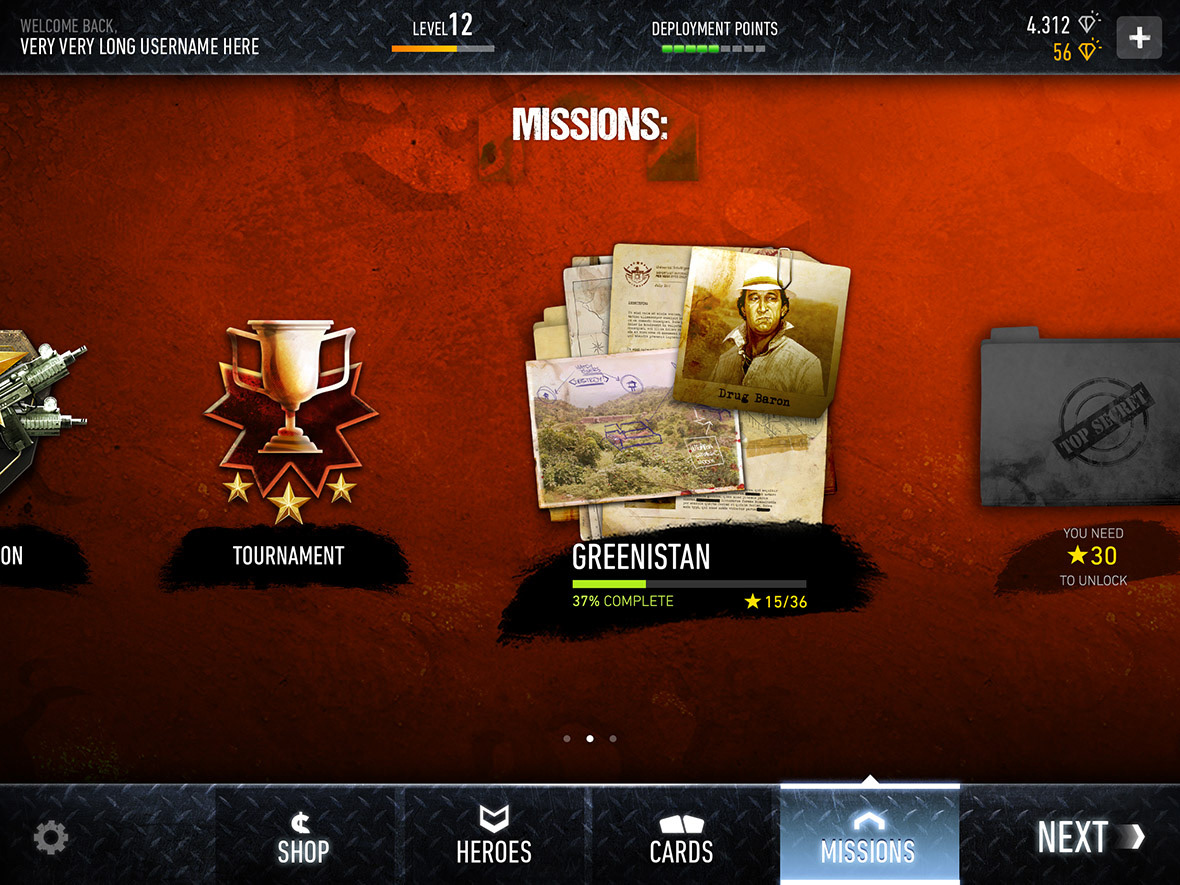 One of many design iterations. Mission Mode Selection Screen 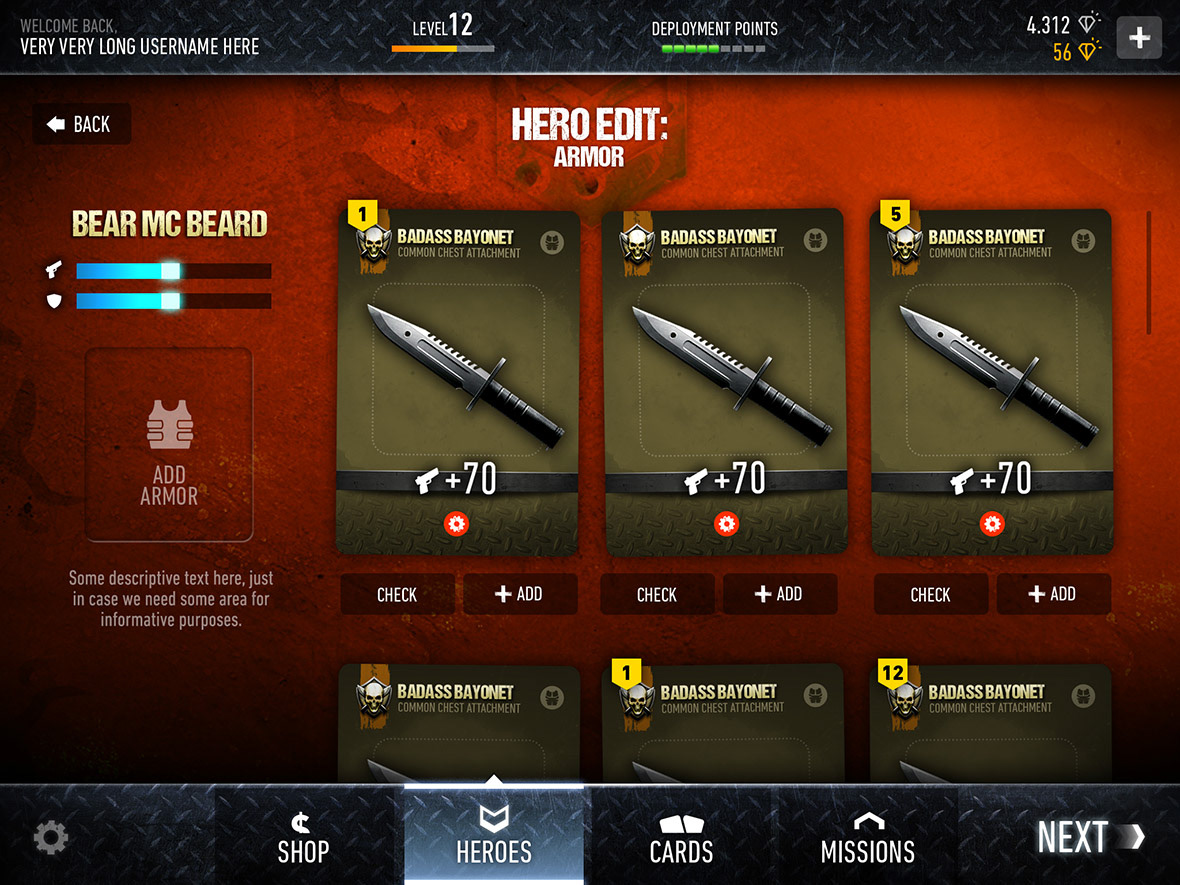 An almost final visual rendition. This is the closest to the final game. Removing all unnecessary elements.

The Mission Selection screen also presented a shift in the game's theme: it was transformed into a B-Movie Poster format, where each movie represents a mission. Some real posters were included for reference while designing.